There are 5ks, 10ks, and even 5 milers at times. These are the distances I’m used to. However, the JP Morgan corporate challenge is none of these.  Instead they decided to be a unique 3.5 mile race where instead of feeling like you want to die at .1 miles, you get to do it for half a mile instead!It’s a race where us suits remove the Brooks brothers in exchange for just regulars Brooks, Mizunos, or Skechers for me.That’s right, this was the official debut race for my Skechers GOMeb Speed 2! I was nervous and excited since I haven’t raced in flats for 3 years (I hated Mizuno Ronin because I kept feeling like my toe would pierce the fabric). Luckily if there’s one thing that I can’t complain about, it’s my Skechers!So to participate in the race, you must work for a company that signs up to participate. Mine had a team of 30 men and 30 women.  Since we have over 700 people on the office, it’s done via lottery and after 4 years of trying, I finally got in! I know, I’m the biggest running addict in the firm, I feel like my entry should almost be guaranteed!So I went into the week with a planMonday – run 10 marathon pace + 8 slower milesTuesday – restWednesday – 4 miles easyThursday – raceOnly there’s one problem with all this. As I’m sitting on the training getting excited for my first rest day in two weeks, I see a tweet about the Jp corporate challenge being today (Tuesday).Ooops!!Well luckily, I have not one, not two, but threw pairs of running shoes and plenty of running outfits because when you runmute and want to avoid carrying things, you just hoard stuff in the day before.

So I had the clothes, and all I was missing was my Garmin that I left at home to charge and a fresh set of legs.So the race is at 7:15 pm which is my dinner time. I knew that this is a good time to get a big lunch so me and Tony went to Piccos.

Why two people need a large? Because you get twice the value? I don’t know, boys eat a lot of pizza I guess.

I wasn’t very hungry, but I was worried about not eating anything since noon so I had some M&Ms and soda. Running ultras has made me really crave soda every time I run, even if it’s just a few miles.

So the race starts in the Commons and people like to get there really early and just wait. Instead I went to go visit a friend and heading into the area around 7. 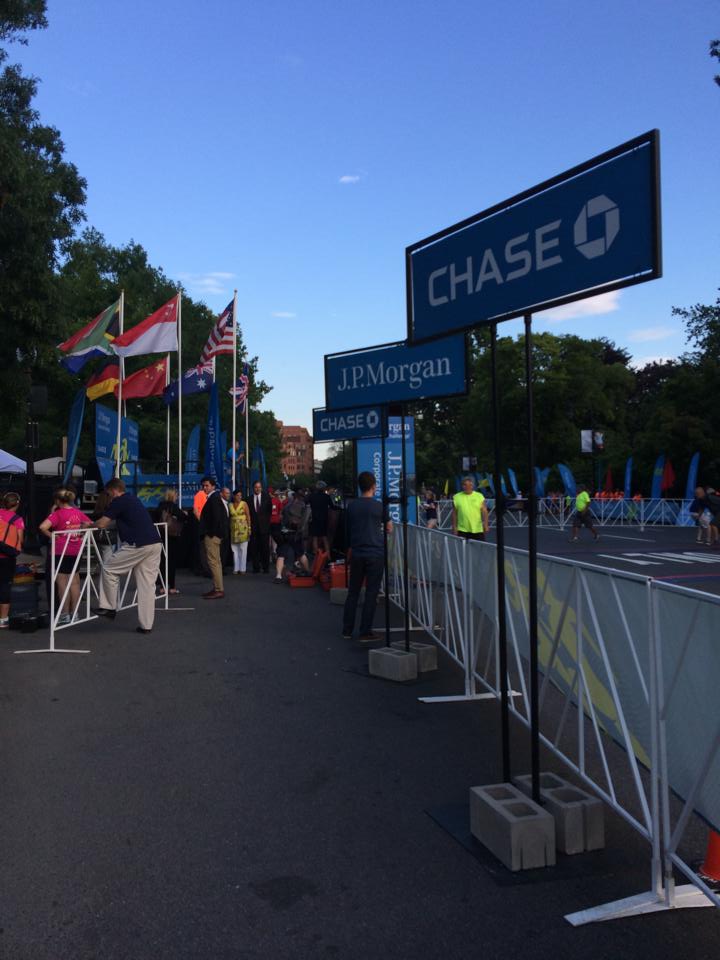 Here’s the trick, if you walk up Beacon instead of comm ave or Boylston, the side is empty and it’s really easy to jump straight into the front .Which is what I did and then immediately sat down for the next 15 minutes. My legs were still tired from Monday so standing for 15 minutes was not in my interest. So I watched the empty street ahead of me.

The first two minutes of the race are some of the scariest moments of my life. The race is packed, it’s about 12,000 individuals crowded into a small space with no real corral system so when the gun goes off, all these angsty, cubical dwellers take all there pent up rage and instead of saving it for a finishing kick, they start kicking in the first 100 meters of the race. It’s terrifying and this is the only race I see that at as men will push and shove anything out of there way just to fade out into a slower pace 2 minutes later. 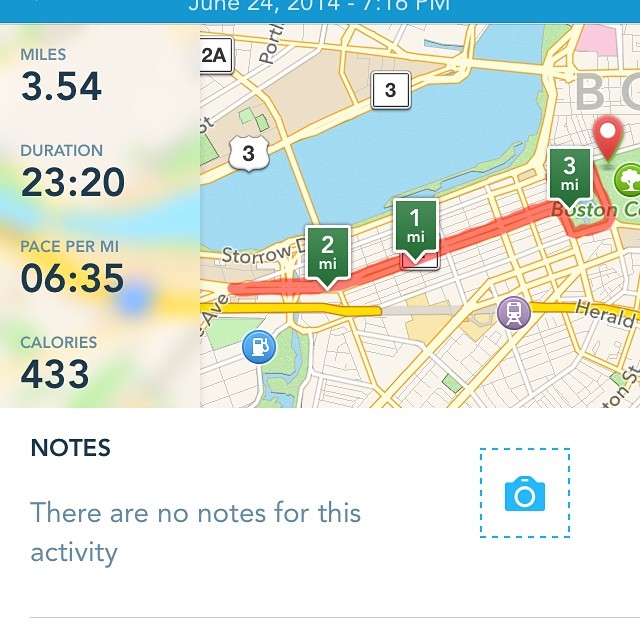 The course is flat with the exception of one small up and down ramp. There was a slight headwind in one direction that became a tailwind on the second direction. What really confused me were the mile markers. They were off by about a third of a mile and since I wasn’t running with headphones or my Garmin, I felt so confused with my effort and what I thought was my pace.

When I saw that I was a mile 3 (which turns out to be more like 3.3), at about 22 minutes into the race, I mentally gave up on the race a little bit. I definitely could have kicked harder but part of me wasn’t in the mood. 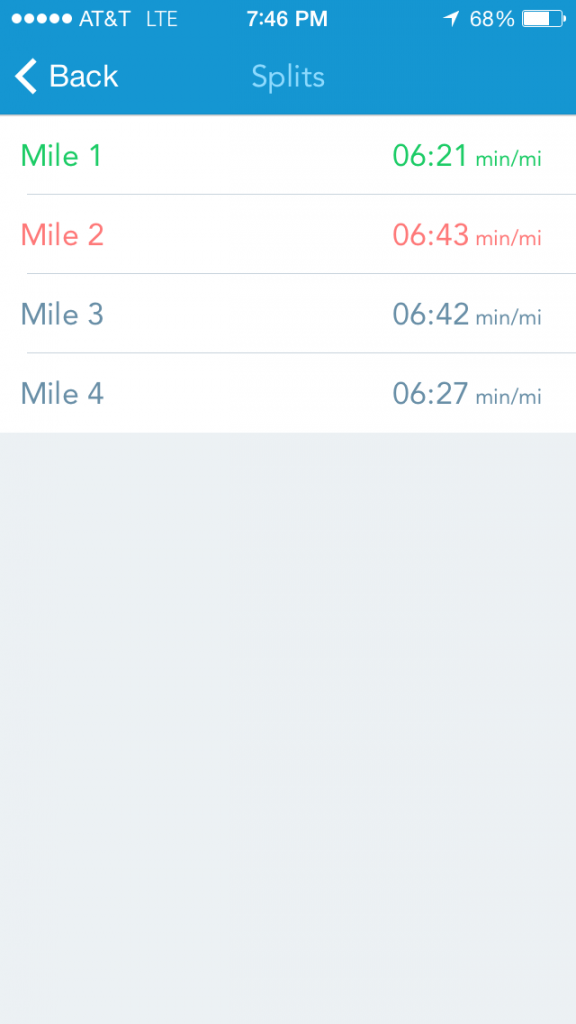 After I crossed the finish line and saw my runkeeper splits, I’m not gonna lie I had a mini Shalane style fit on the grass. But once I snapped out of it and told myself to suck it up, I went ahead and grabbed some free Chia Bars, Yasso Greek froyo, core power and some ice tea mix. It always amazes me how the finish lines of 5Ks have more foods than some marathons.

While I still feel frustrated about mixing up the race day, I’m happy that I was able to keep the pace I did on tired legs. If I could get over my own mental hump, I think I have a half marathon PR in my future.