I don’t believe in New Year’s resolutions. If you want to make a change in your life, don’t wait until the start of the new year to postpone, make it now. After all, if it’s a lifestyle change, shouldn’t it be made now and not at an arbitrary time of year? If you want to change something, or do something, do it whether it’s in the winter, summer, may, or today. 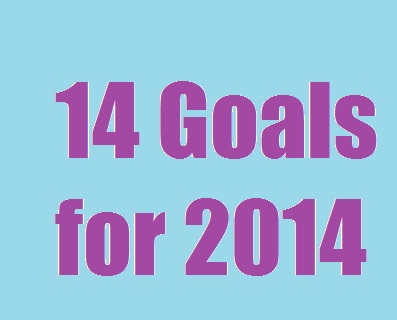 14. Do more yoga – I used to take bikram classes, than I got lazy.. need to go back, because the fact that my 5ft tall hands can’t touch my toes is sad.

13. Spend 1 day a week where I don’t eat sweats – For the sake of my teeth, I really need to cut some sugar out. Tooth fillings are pricey and dental plans suck.

9. Read 12 books – one for each month. Always a goal, one that I rarely complete. Although, if you ask me, I think Game of Thrones should count at 3 books each and then I would be set.

8. Visit a new U.S. National Park – 2013 brought me Bryce Canyon, Zion & Grand Canyon, I probably won’t top that many in 2014, but a new one would be nice, more than nice. You know, before the oil companies and fat oil dogs destroy them all.

6. Donate my donation bins – These been sitting in my closet too long, if I can get them out before 2013 is over, even better

4. Join a Master’s swimming class for Triathlete – http://www.runtomunch.com The class I took at the Y was a waste of time, but I’m hoping to find something better that also works with my schedule. Sadly the better Y classes are at 8:30 and I don’t live in Boston